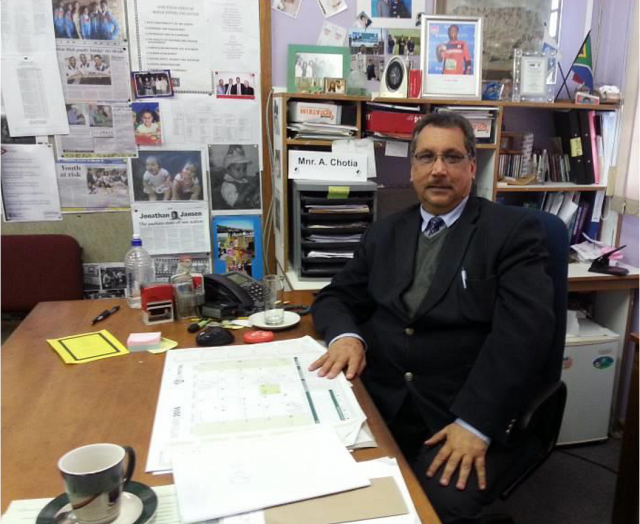 They are rewarding acts of service, not acts of crime. They are breeding a culture of pride, not violence. They are instilling a sense of dignity, not hopelessness. This is how the educators and learners of Glendale Secondary School are fighting back against the culture of gangsterism in their community of Rocklands, Mitchell’s Plain.

If you ask a learner at Glendale Secondary School where he lives, you probably won’t get the answer you expect. Instead of replying with the name of a suburb, you’re more likely to find out which gang rules his or her neighbourhood. When learners witness some wrongdoing, none of them will ever admit to having seen anything, for fear of being labelled a whistleblower and putting their lives in danger.

“This is how gangsterism has changed the complete atmosphere; the culture of a people. As a school, we needed to change that. Through the support of Columba, we were looking into developing the leadership, the mindset, and those learners who at first were so scared because the gangster culture had taken over,” says Glendale Principal Mr Achmat Chotia.

Another issue is the sense of hopelessness that has become entrenched in the community schools like Glendale as a result of families sending their children away to ‘better’ schools. “Only the ‘leftovers’ remain behind,” says Mr Chotia, or at least that is how the learners tend to feel, that they are not good enough. “What is so sad is we had greater community participation in the days of Apartheid because they couldn’t send their children to those schools,” he says. The learners in these community schools tend to feel that nothing better awaits them in life. “That sense of hopelessness – it’s systematic, it’s there. And we as a school need to turn it around!”

Also a challenge in the community is the clash of cultures as Mitchell’s Plain borders the township of Khayelitsha. Glendale was one of the first schools to integrate learners from the different communities and the management team continues to promote tolerance and respect, opening the doors to all learners, regardless of language, ethnicity, sexual preference or religious affiliation.

Gangsterism, crime, and unemployment are daily realities for these learners. Mr Chotia believes that there should be much more to education than simply teaching from a text book. Instilling values in the learners should be part of the school’s responsibility, particularly when learners have not had the privilege of an easy home life. “Academically our children have the same potential as all those top schools…but how do we reawaken that? How do we channel that through a value system, through encouraging them, through motivating them, through empowering them with the necessary skills and assertiveness, confidence? How do we do that?” The answer, Mr Chotia discovered, was to activate youth potential and encourage learnerdriven leadership by partnering with Columba Leadership. 24 learners and six educators at Glendale have benefited from Columba Academies so far.